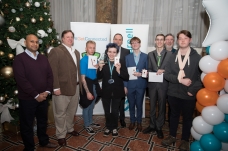 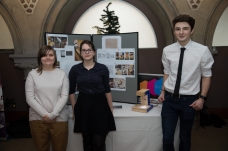 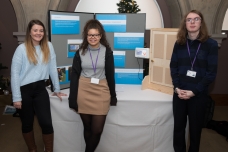 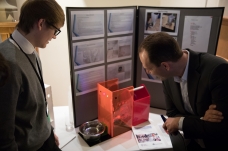 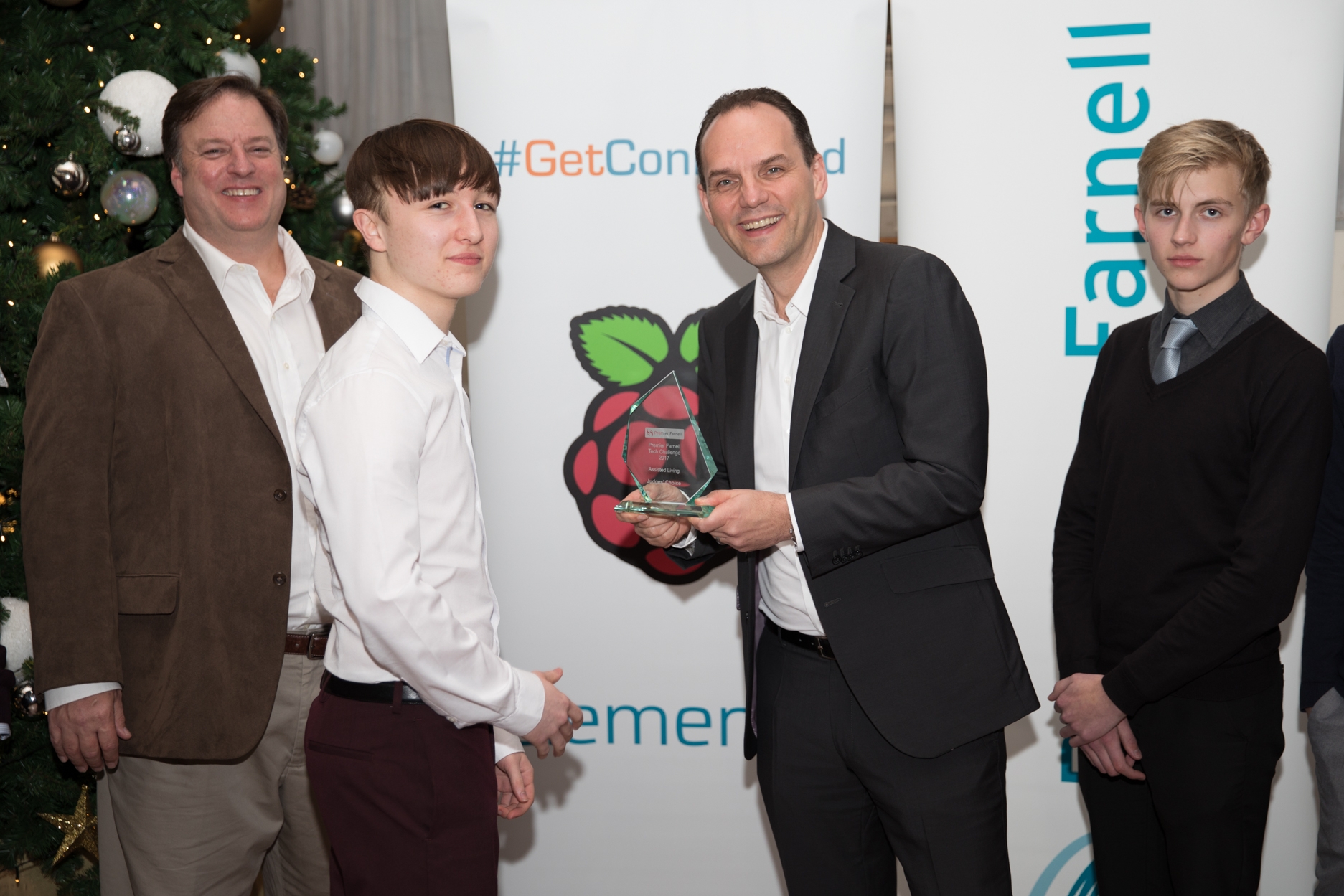 Today was the Premier Farnell Technology Challenge, which brought together 11 teams from schools and colleges from Leeds, Bradford, Calderdale and Wakefield. Each was tasked with meeting the brief to research, plan and create a working prototype of a piece of technology that would help someone with a physical or sensory impairment.

Not only had students from each school and colle created a piece of technology that could have a positive impact on someone’s life, but they had also developed the confidence to showcase it to a room of judges!

Creating an opportunity to code

While some of the schools and colleges were keen coders, there were others that had never tried it before making this their first experience of the technology. IT Teacher from Lightcliffe Academy, Marieta Cheetham, explained:

“When we first discussed the competition most of the students thought the Raspberry-pi was something that you eat! They can now explain how the coding works and also what it can be used for to have a positive impact on an individual. They recognise now that technology goes beyond social media. We have people in our team who following this experience will continue to code and that is what we are most proud of.”

The challenge of choosing a winner

There were so many strong ideas in the room that the judging process was more difficult than expected, leaving us with a shortlist of four! These were:

Before the winner was announced, Cliff Ortmeyer, Global Head of Technology Product Marketing and Solutions Development for Premier Farnell, said: “Everyone here should be more than amazingly proud of themselves. There were teams of one, who had the courage to come and to present alone, and others that had only just started to code.

“What’s great is that you have all mastered it and look at where you are now and where you can take this in the future. When I was younger coding was considered geeky, but now it’s cool. You already have a head start on lots of others so use that to your own advantage.”

And the winner is…

Although we really did feel that every single one of the ideas was worthy of a prize, there could only be one champion from the judge's marks and that went to… Prince Henry’s Grammar School with the pill dispenser for the visually impaired.

What was most impressive about the team from Prince Henry’s was that they had taken into account that there are so many different shapes and sizes of pills and so had developed a prototype to ensure the dispenser would release just the right number of each pill when programmed by a user or carer.

Charlie Lyttle (17) a student from Prince Henry’s commented: “It was a close competition and we were so surprised when our name was read out as overall winner. We are all very relieved as we have put so much work and effort into creating the prototype.  This is something that we can celebrate now and talk about in the future.”

Not forgetting the People’s Champion

As the people’s champion, Shipley College were judged by the students taking part in the competition who were all asked to vote for the prototype they felt was most impressive. Their Dementiaid idea was chosen which uses facial recognition to inform a person with dementia if a visitor is known or safe.

Travis McCluskey (17) a student from Shipley College commented: “We are all very much into coding and we are lucky that our college has the facilities to support our interest in this area. When we were offered the chance to speak with a business that has 22,000 care homes, we knew we had an idea that was worthy of the time and effort.

“Although we didn’t win the overall prize, we were the people’s champion and will continue to code. We are even thinking about crowd funding to support our project to take it to the next phase and possibly into development.”

So many fantastic ideas

Congratulations to both Prince Henry’s Grammar School and Shipley College, they did fantastically well - however we do feel a mention should go to the other teams that were involved. They came up with some amazing ideas too which included:

Thoughts from those who took part

Of course the challenge isn’t just about winning, it is also about the skills that are learnt throughout the process, so we caught up with two students who shared their experiences with us.

Maisie Bloor (17) from Titus Salt School shared: “All of my team could code, so at first it was a little intimidating. When we were asked who would like to get involved in the competition, all of my class left the room! I realised though that there were parts of the project I could get involved with and that my contribution would add other skills beyond the coding.

“During the research phase I realised that if you put on multiple pairs of latex gloves it will give you a similar experience to those that are suffering with arthritis. This helped to shape the idea we came up with as I could feedback with the challenges and how hard day to day tasks were. This experience has definitely made me more confident.”

Harry Sahota (18) from Bradford Academy shared: “I wouldn’t say my experience of coding is extensive and I’d never even heard of a Raspberry-pi but I think it’s a great piece of kit with lots of potential. Getting involved with the competition has made me consider the practical benefits to technology, as I hadn’t really seen much beyond the social aspect.

“We created memory games for people with dementia and during the research we met with the grandparent of a team member who suffers with the disease. Hearing about their struggles and developing the tech to meet with their specific needs meant that we were also able to create something that could be really worthwhile.”

A final thank you

And so, all that is left to do is to thank everyone that took part. It’s fair to say this event gets better and better every year.

Thanks must also go to the judges from Premier Farnell, Leeds Beckett University, Jet2.com, Tunstall, Arris, Foundation for Digital Creativity, LightStart, Egton Digital, Disability Services Team at Leeds City Council, InHealthcare, Aspire CBS, O2, Ayup, PSI Volition, RNIB, Team17 and RabbIT who were all involved in the process of judging school/college competitions and choosing the winners before the regional showcase. 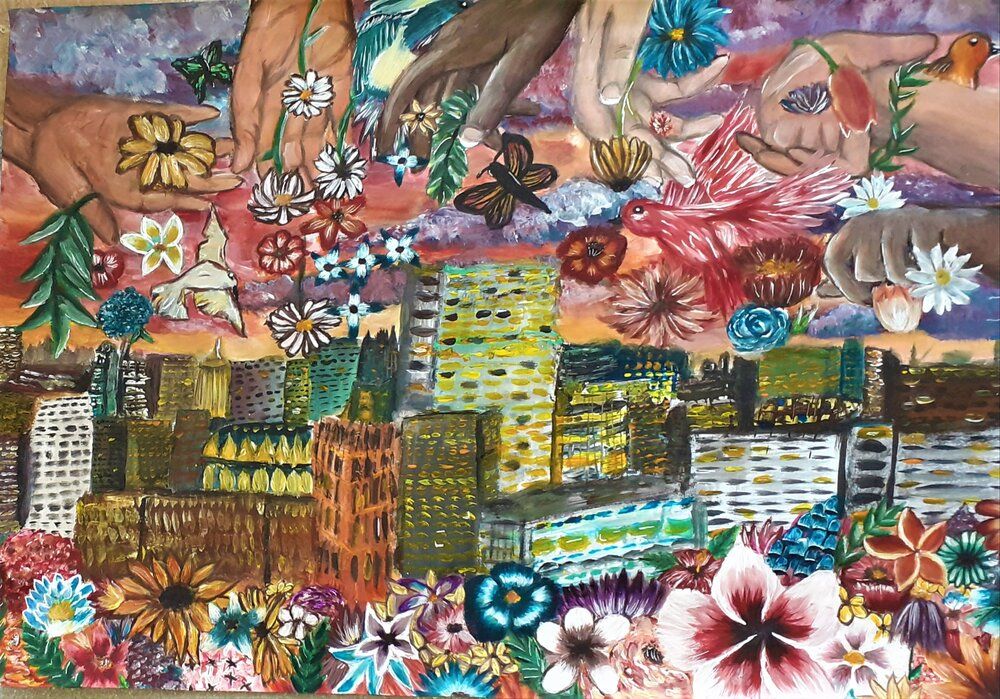 A HUGE congratulations to our very talented Year 10 student Zainab for winning 2ND place and the silver award in the #WelcomeBackToLeeds project in partnership with @AheadP_ship for this amazing piece!! Well done Zainab, this is amazing! https://t.co/IQP55i9big

📰 NEWS: Find out how teachers value the work we're doing with young people to develop and hone their workplace skills for the post-COVID19 world with the latest study from @CareerEnt and how your employer's involvement can make a difference... https://t.co/kHwLFPaSKm

Loved this morning, what an uplifting #community to be part of.... thanks for letting us sneak in! 🌟 https://t.co/Q5IicnWojE 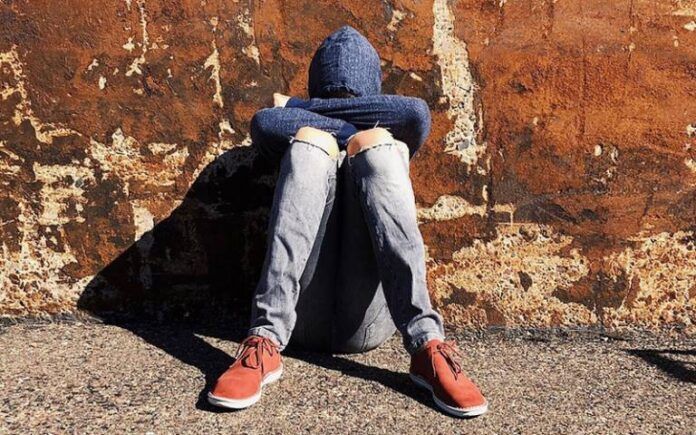 A recent study has outlined negative impacts of an economic recession upon deprived young people. Enabling disadvantaged people access to careers opportunities remains at the forefront of our plans beyond the pandemic. More on the study 👇 https://t.co/XIR0XPtglG https://t.co/iV7lUba5Mq