You are here: Home > Latest > Results Day - the good, the bad and the ugly

Results Day - the good, the bad and the ugly

With the sound of students across the country ripping open their GCSE and A-Level results envelopes this week and next, the media are focusing on the lowest University application rate in eight years and local success stories. But what about the way Results Day affects young people on an individual basis?

Working with thousands of employers every year we've collected here some of our own team's personal stories about their Results Days as well as some insight and advice for young people and their families to help them focus on the future, whatever happens this Results Day. 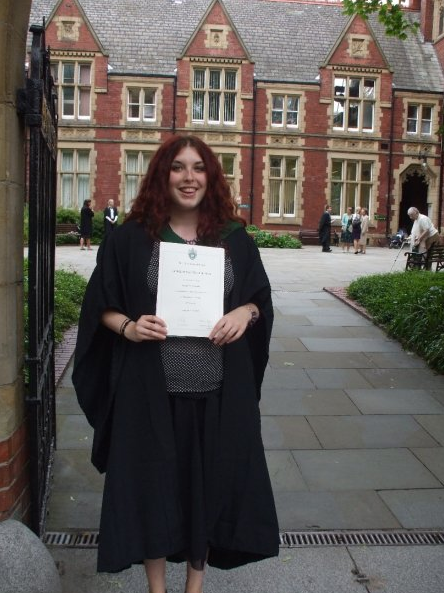 Sophie graduating from Leeds University in 2008

"I got the grades and University I wanted. But that wasn't the end of the story." - Sophie Greenwood, Head of Service Excellence

Sophie, our Head of Service Excellence, has worked for Ahead Partnership for five years but before coming to work for our social enterprise she wasn't entirely sure what she wanted to do. "Young people panic sometimes when it comes to not having a defined idea about their future career. We talk to young people in schools and colleges all the time who are worried that they're not sure, but when we speak to employers that's less of an issue - in fact some of the jobs that will be out there in the future don't even exist yet."

Sophie got the grades she expected for her GCSEs and A Levels, and got into Leeds University to study Business Management. "For me it was perfect. I'm from Hull so it was an easy distance for visiting home and I was excited about living in Leeds which is such a vibrant city. It was only a couple of years into my degree that I felt I should have picked a different course. Which goes to show that things don't always go as you plan."

"So many employers tell us that flexibility and willingness to learn and adapt are key skills they're looking for in their future employees. So even if everything is going to plan and you're happy with your direction, life will throw you curveballs and you have to be ready and resilient to deal with them.

"Everyone's job will throw up the unexpected sometimes, so it's important to keep an open mind and positively deal with challenges that come your way. I did finish my degree but then I did a Masters which was more fitting for what I wanted to do, so I got there in the end." 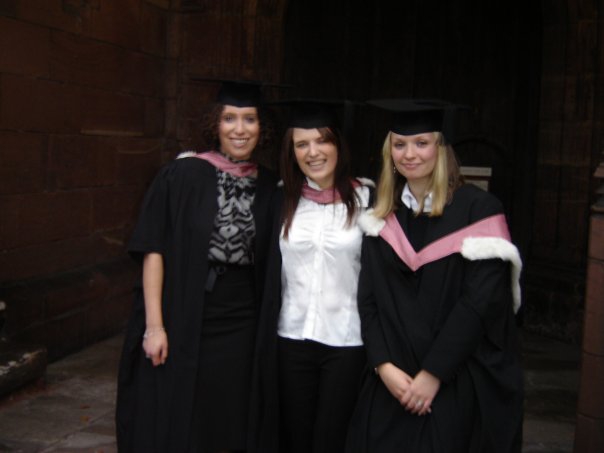 Lola (centre) graduating with her friends in 2007

"I didn't get into the University of my choice and I felt like a failure. But it worked out fine in the end. More than fine actually." - Lola Wilson, Marketing & Business Development Coordinator

Before joining us Lola spent ten years in marketing and PR working with global brands and traveling all over the world with her job. Results Day for her was a total disaster.

"I got the right amount of points but not the right grades in the subjects I needed so I didn't get into the University I'd chosen. This was really the first major setback I'd had in my life. I felt like a failure as most of my friends had done better than they'd expected and I felt a bit left out in the cold. It was pretty rough."

Luckily Lola had some great support around her and channelled her energy into achieving at the next stage. "Going to Uni was important to me as I was very ready to leave home. My parents never communicated disappointment and helped coach me to look forward to the next challenge. I got on to an English course at another Northern Uni and very quickly focused on how I could succeed there instead of worrying about what I hadn't achieved.

"That setback did me a lot of favours. I learned from it - and that's exactly what the employers we work with say they're looking for. They don't want perfect people (there's no such thing!) they want people who can learn from their mistakes, put it right and move on. Actually quite a few interviews I've had I've been able to use this as an example where something went wrong but I found another way through.

I worked really hard at the Uni I did go to and got a first. Where I went to Uni has never stopped me from doing anything I've wanted to so it's never been a big deal since that Results Day." 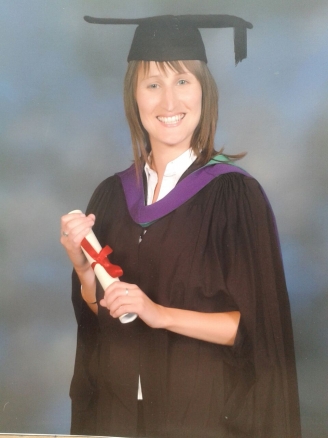 Alex on her graduation day

"I didn't do as well as expected in my GCSEs or my GNVQ. I didn't take the linear approach that people expected but there are more options than ever before now." - Alex Peel, Project Coordinator

Alex had a varied career before coming to Ahead Partnership including working in town planning and zoology! She didn't take the same path as most of her peers at school but learned lots in the process.

"GCSE Results Day was awful for me. I didn't get what was expected and I was really disappointed. I decided to do a GNVQ afterwards and didn't get the right pass mark to get into Uni which further compounded things. I took a year off to work and save some money and I learned a lot during that time. One of those things was that getting everything right first time isn't how life works and by the time I started my Access course the following year I was actually the youngest person there anyway!

"Yes my career route did raise a few eyebrows and took me a little longer but it gave me so many opportunities too. I was able to save money for Uni and go a couple of years later when I felt more ready and could get the most from it. Being out in the working world a bit earlier also gave me an early introduction to teamwork and communication skills which have always interested employers.

"A few years later I had the opportunity to do my Masters while working and I grabbed it. That's the beauty of life really, you never quite know how things will turn out but you just have to be ready to tackle it."

We're proud to support @leedsmfgfest in connecting with young people around our region! We're eager to highlight the abundance of opportunities available within #Manufacturing in Leeds! https://t.co/7aYjP2kPpP 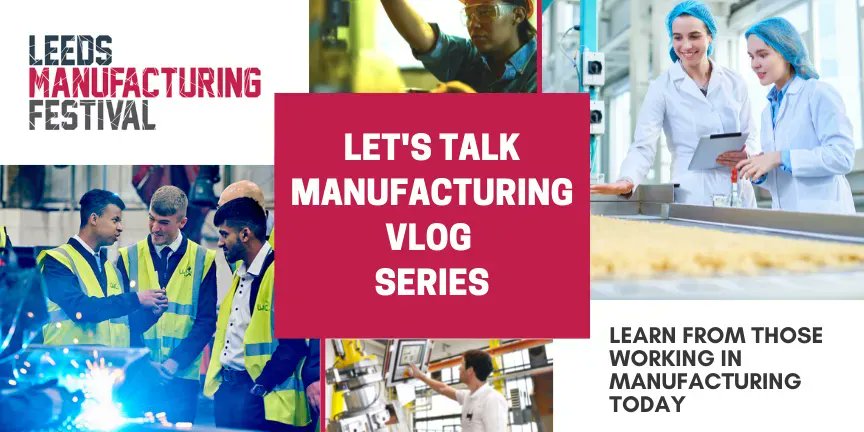