You are here: Home > Latest > The Premier Farnell Wearable Technology Challenge - And the winner is...

The challenge was supported by Leeds Beckett University

Netherwood ALC in Barnsley was announced as the winner of the Premier Farnell Wearable Technology Challenge, facilitated by the Ahead Partnership and supported by Leeds Beckett University, when ten schools from across Yorkshire came head-to-head on Tuesday, 15 March during a Science Fair at Leeds Beckett University’s Headingley Campus.

With the goal of creating a working prototype of a Wearable Technology, Year seven to nine students with an interest in STEM subjects came together to present their final ideas following the competition launch in December.

With three award categories: the Judges’ Choice, recognising the best overall product; People’s Choice, taking into account the prototype that was most liked by those attending the Science Fair; and finally the Best of the Rest, acknowledging the efforts of the team that had developed a product that was viable and well thought through, the competition was incredibly close.

Taking the judges choice and winning five Pebble smart watches and five Codebugs was Netherwood ALC. The school impressed the judges with their idea to transfer the concept of a dance mat on to a t-shirt to encourage children aged between four and eight years old to become more active. Creating a garment that would allow you to turn off a light when touched also meant that the t-shirts could be used during games of tag.

Taking the time to consider how the garment would be cleaned or used as children went through a growth stage, the team used simple Velcro patches to allow for the easy removal of the coded technology which could then be placed on a larger sized t-shirt.

The People’s Choice Award went to Roundhay School in Leeds who won five sets of Raspberry Pi 2 Astro Kits. The team developed two concepts and brought them together. First they suggested gloves that would include conductor pads that could be used for walking bus schemes at primary schools. The idea would be that if one child was to let go of the line the circuit would break and a teacher would be alerted by a flashing light.

The second idea was a dog coat that would have a geographical perimeter set by GPS. Not only could a pet owner see their dog due to the bright lights on its jacket but they would also be made aware if the animal was to stray away from a designated area.

Roundhay pupil Amina Habib said: “I really enjoyed the challenge: designing the actual glove, getting to know how to work with the technology; and it was really nice working together as a team. It’s definitely changed my view of technology. Now I’m more interested in the gadget side of things. In terms of a future career I’m thinking of engineering and product design.”

Nina Cutherbertson, a first year Electrical and Electronic Engineering student at Leeds Beckett, commented: “I went into two schools throughout the project to advise children on the technical side: for example if they wanted to add a switch or a line of LEDs. I really enjoyed the whole experience.  The world is moving more and more towards technology and it’s very important to introduce it to children as early as possible - to make them think, design and create - understanding the way circuits work and how components connect together to get to a final design. I feel very happy that there are so many girls involved in the challenge as well!”

Taking home a specially coded trophy, the Best of the Rest went to Swallow Hill Community College in Leeds who suggested a cycling jacket that would trigger an indicator style light that would flash left or right as an arm was raised. The simple concept was well received by judges and the team were praised for creating an idea that could become a viable product.

The challenge started with an open brief, allowing interested students to be as creative as their imaginations would allow. Each school completed the first-round of the competition independently with teachers choosing their preferred idea before submitting a team of up to 5 students that would go on to represent their peers in the final.

Issued with a CodeBug starter pack: a fun, eye-catching piece of coding kit and accompanying budget to purchase extra materials, the teams had to work hard to get their final prototypes ready for the Science Fair, which took place during National Science Week.

Nick Cope, Associate Dean for Enterprise and Employability at Leeds Beckett University, said: “Leeds Beckett University was delighted to be involved in this exciting project. It gives our students the opportunity to share their expertise and gain valuable experience of working with young people in our region. Projects such as this open young people’s eyes to the opportunities available to them in the important areas of innovative design, technology and engineering for their future studies and careers.”

Ahead Partnership Chief Executive, Stephanie Burras commented: “I would like to take this opportunity to thank all of the students for the time and effort that they have put into creating their prototypes, your efforts have not been wasted. It was clear that every team was so proud of their final ideas and so they should have been. I was full of admiration for every student who took part.

“This activity goes beyond a single day event however. By implementing a city-wide initiative such as the Digital Skills Action Plan Leeds is focusing its efforts on one of the region’s key growth areas. A collaborative approach between Leeds City Council and the digital industry will provide our students with the expertise, knowledge and support to follow a wide variety of careers in the sector. The aim of the plan is to help build a new and robust digital workforce that can support the growing breadth of opportunities within this sector.”

Peter Birks, Business President Sales and Marketing, Europe at Premier Farnell, said: “Premier Farnell is hugely committed to supporting the development of our next generation of coders.  We are in a period of great technological innovation and change, meaning that it is more and more necessary for people of all ages to know how to use the connected world, whether that be computers, programmable devices or the Internet of Things.  We have helped to bring to market some of the world’s leading electronic products including Codebug, the Raspberry Pi and most recently the BBC Micro:bit.

“With coding becoming as important as reading and writing, we must provide opportunities for both boys and girls to see the many and varied career paths that could be opened up to them by studying STEM subjects and help them to thrive in this entrepreneurial and innovation–led environment. This challenge is a fantastic example of what we can do to inspire our young minds, and we were delighted to be a part of it.”

Additional ideas from other schools included a panic band to send a text or message to a designated person when pushed, a fireman’s glove that would detect CO2 and temperature to keep the servicemen safe and also a coat that would heat up in the pockets and back when buttons were pressed.

The Science Fair was full of exciting and inventive ideas that showcased just what can happen when you bring the inventiveness of young people and technology together. 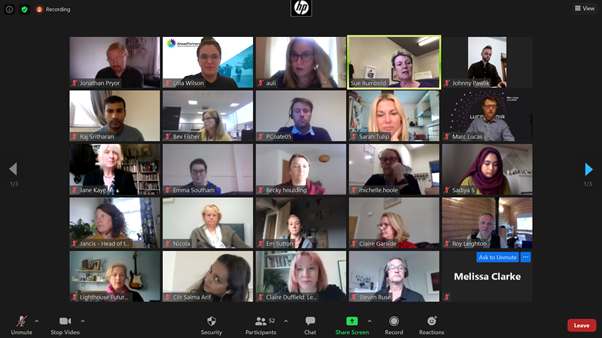 Fantastic to join @Child_Leeds for their first webinar today! 🎉 We're looking forward to helping some of the attendees explore how we can support young people in Leeds to discover careers in digital since the pandemic broke #LeedsDigi20 #CFLwebinars https://t.co/Pn9s8FbUFi

Lola from our team will be facilitating one of the discussions at this webinar today. We look forward to helping partners across the city learn more about how we can get young people geared up for digital success!💡💻💭 https://t.co/rF04DhOQBl 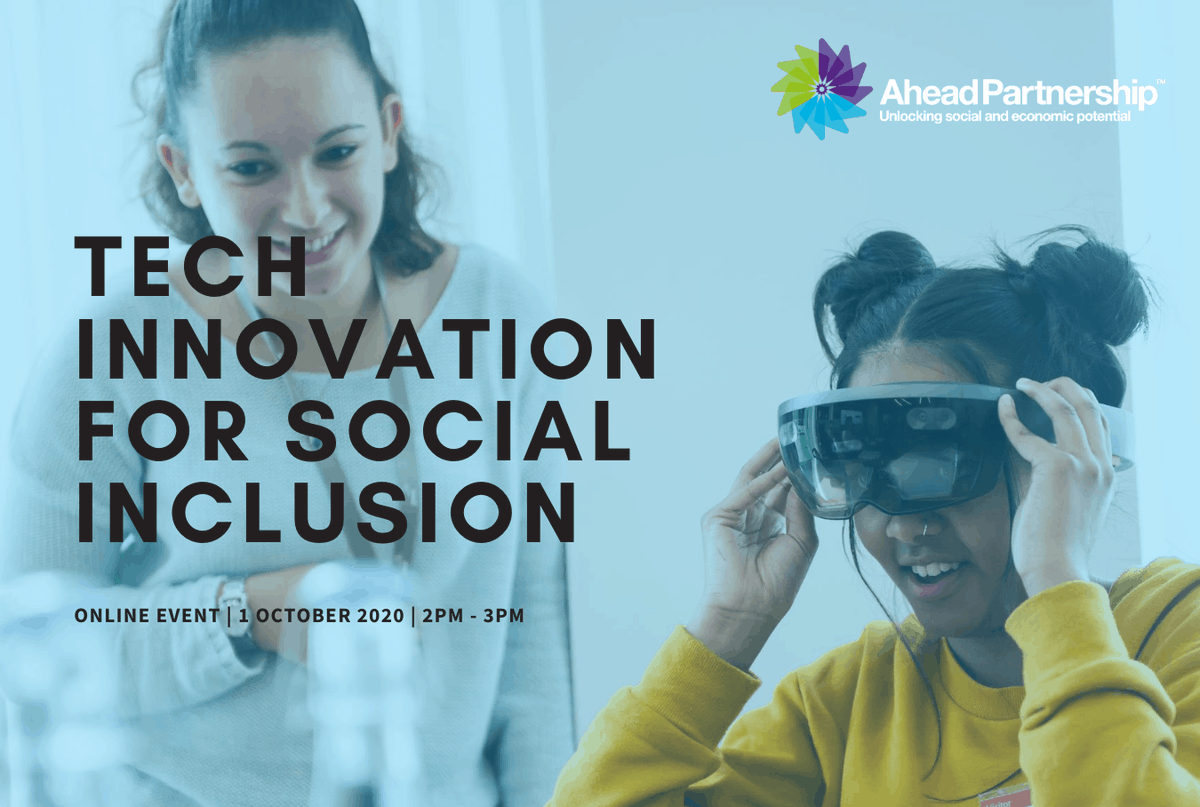 FULLY BOOKED! 😲 Our interactive learning seminar Tech Innovation for Social Inclusion for @LeedsDigiFest is fully booked! We look forward to welcoming all the attendees tomorrow and sharing our pilot learning https://t.co/Wb6RXfdN8v https://t.co/uGLzZMo7l7 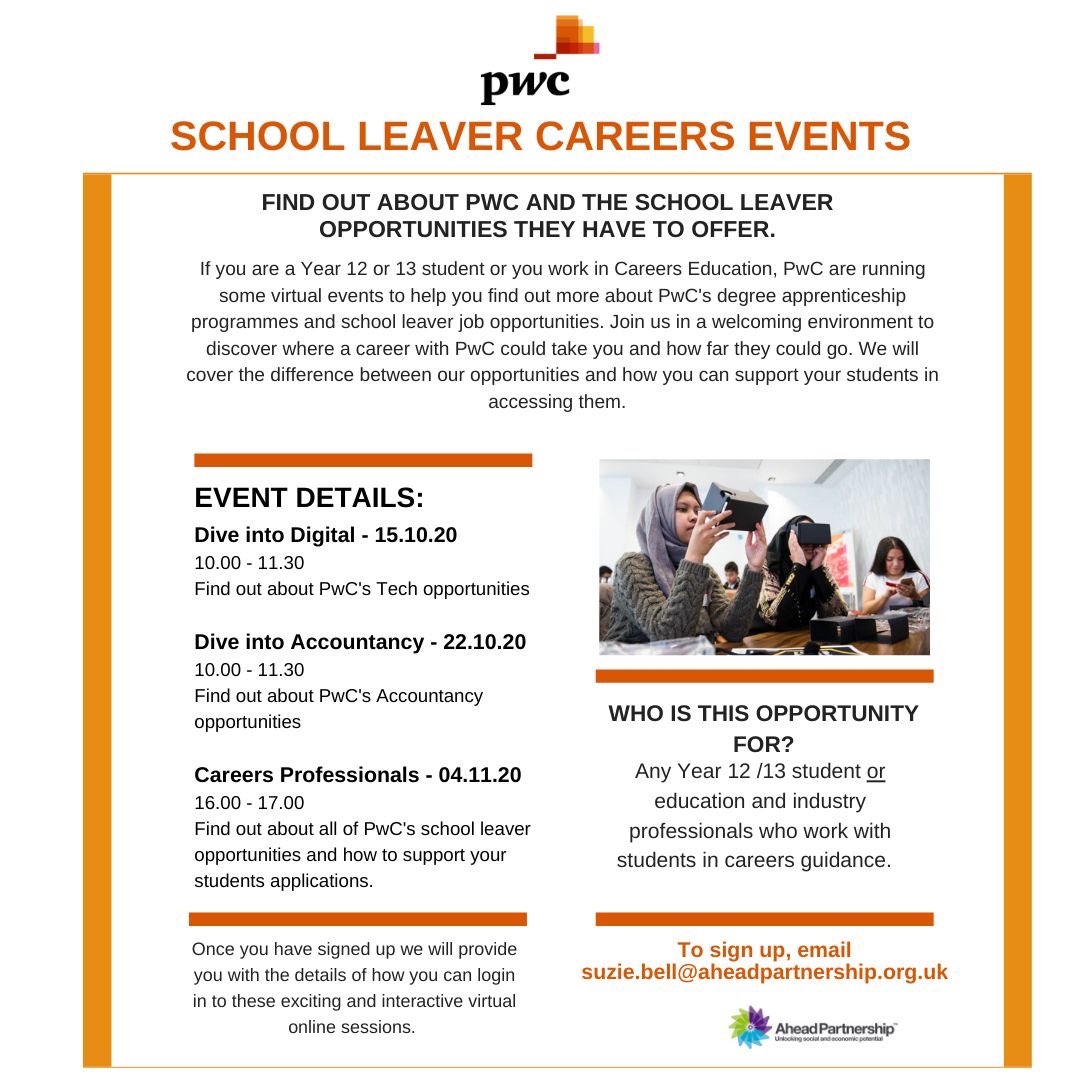